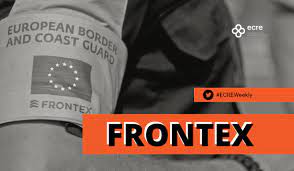 The European Border and Coast Guard Agency, Frontex has long faced critique, court cases and investigations and saw its former Director, Fabrice Leggeri resign in April amid scrutiny and revelations of misconduct and complicity in rights violations by the agency – EUs largest with a budget of 754 million Euro in 2022. His replacement, interim Director, Aija Kalnaja is also finding herself and the agency under continued legal and political scrutiny and critique on multiple fronts.

On 6 October, the European Parliament’s Budget Control Committee voted against approving the 2020 budget accounts of Frontex given the “magnitude of the committed serious misconduct” under former director, Leggeri. “Only if Frontex sufficiently guarantees the protection of human rights can the annual accounts be approved. This is an important signal: monitoring compliance with human rights must be much, much better,” (translation), stated MEP, Bas Eickhout from the Greens/EFA Group.

Ahead of a meeting on 10 October of the European Parliament’s Committee on Civil Liberties, Justice and Home Affairs (LIBE), which set up a Frontex Scrutiny Working Group in January 2021, MEPs were briefed by seven civil society organisations from Samos island. Based on a Freedom of Information request on Serious Incident Reports (SIR), the group concludes that the agency fails to report, monitor and ensure accountability over potential human rights violations or misconduct as established in the Frontex Regulation. “According to Frontex’s Executive Director, the Agency’s presence in Greece is conducive to better compliance with fundamental rights. However, the information provided by the Agency shows that Frontex officials have not filed a report concerning fundamental rights or international protection violations since late 2019, 1.081 days ago. Yet, we have identified at least 34 incidents, including violent pushbacks and fires in the reception facility, that clearly meet this threshold,” said Cecilia Sanfelici, Aegean Advocacy Coordinator for Europe Must Act stated. The organisations demand that the agency trigger Article 46 of its Regulation and cease operations in Samos and Greece.

According to the EU Observer, Frontex: “remains under tight scrutiny following the leak of a damning report by the EU’s anti-fraud office, Olaf” and the outlet further confirmed that interim director Aija Kalnaja had read the129 page document. The report, leaked over the summer to Der Spiegel, Le Monde and LightHouse Reports revealed severe human rights violations including violent pushbacks by Greek authorities covered up by Frontex. On 13 October Der Spiegel decided to publish the report in full revealing in summery how: “In repeat incidents, Frontex management withheld cases of possible human rights violations from its own fundamental rights officer. The agency suspended its aerial surveillance to stop recording violations of the law. It co-financed some of the Greek units that carried out the pushbacks”. Further, Frontex: “misled the bodies that are responsible for overseeing the agency. And although it should be clear after reading the report that the pushbacks were of a “serious nature or are likely to persist,” Frontex did not terminate the joint operations as stipulated by Article 46 of the agency’s regulations”. Detailing OLAF findings including information of Frontex staff witnessing and failing to report pushbacks at sea in violation of EU law, the organisation, front-LEX announced it is taking interim Director Kalnaja to Court. The organisation filed a case before the Court of Justice of the European Union (CJEU): “on behalf of Jeancy K., a Congolese refugee who entered Greece to seek asylum but instead was violently abducted, forcibly transferred to a ‘death raft’, collectively expelled and abandoned in distress at sea. Jeancy was a victim of multiple such attempted murders, lastly on 14 July 2022. During one of them he had to watch his friend drown to death, with European officers watching, laughing, doing nothing to save him, and not even recovering his body”. Front-LEX is “asking the Court to rule that Kalnaja failed to trigger Article 46 of the Frontex Regulation for its operation in the Aegean Sea”. According to Jacobin magazine: “Jeancy’s current case is his second alongside front-LEX before the CJEU. His first was not heard on procedural grounds, although the court declined to ask him to pay Frontex’s costs. But since the first application was thrown out, a great deal has changed. Throughout the past few years, a motley crew of journalists and NGOs has tirelessly investigated Europe and Greece’s operations in the Aegean Sea”.