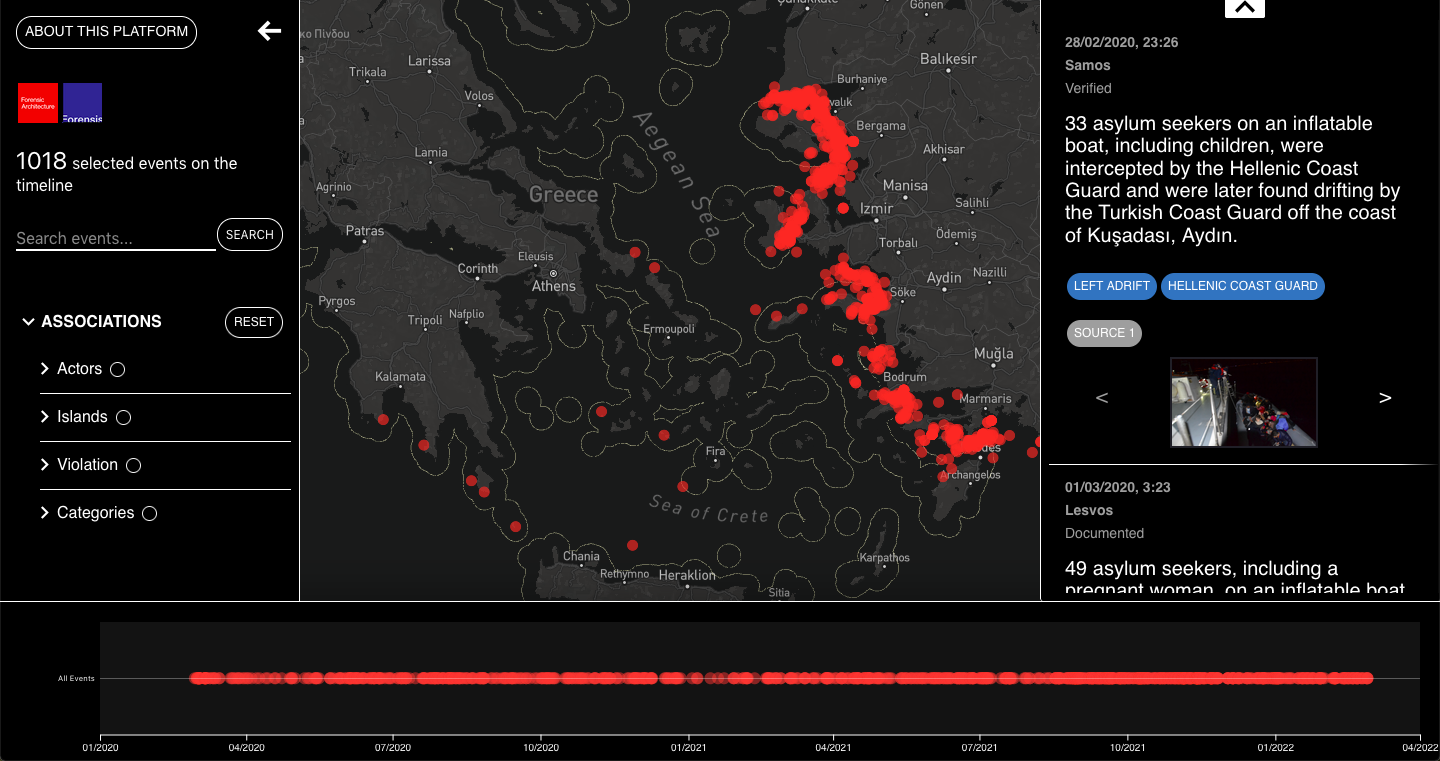 For more than a decade, migrants and refugees making the sea crossing from Turkey to Greece have suffered egregious and well-documented violence at the EU’s southeastern frontier, including forced detention, arbitrary arrest, beatings and non-assistance.

Since March 2020, a new method of violent and illegal deterrent has been practiced. Migrants and refugees crossing the Aegean Sea describe being intercepted within Greek territorial waters, or arrested after they arrive on Greek shores, beaten, stripped of their possessions, and then forcefully loaded onto life rafts with no engine and left to drift back to the Turkish coast.

‘Drift-backs’, as the practice of abandoning asylum seekers at sea has come to be called by some, have become routine occurrences throughout the Aegean, often resulting in injuries and drownings. Today, the scale and severity of the practice continues to increase, with ‘drift-backs’ reported from the coast of the Greek mainland, and as far south as Crete.

‘Drift-backs’ are manifestly illegal and contravene international protocols including the inalienable rights to apply for asylum and to seek rescue at sea.

Despite mounting pressure, to this day, the Greek authorities deny that ‘drift-backs’ take place in the Aegean. The Aegean Sea is not only a hotspot of state violence but also a testbed for ways to obfuscate it. Entire maritime zones, militarized islets and uninhabited rocks remain off-limits to civilian access and oversight, and are exclusively navigated and managed by the military and Coast Guard. Rescuers, activists, and journalists who operate in the region and report on human rights violations have been repeatedly criminalized and intimidated by authorities. Migrants who are intercepted there have their phones taken and destroyed before they are made to disappear.