‘Nobody coming illegally from Turkey gets to stay on Lesbos’ 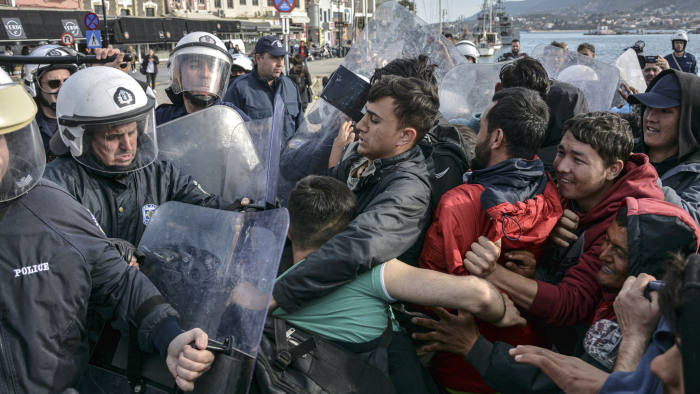 Under a grey sky and the watchful eye of harbour police on the Greek island of Lesbos, a steady trickle of men, women and children carrying brightly coloured backpacks and black bin bags boarded an old navy boat. Those embarking on Thursday morning had arrived on the island this week in inflatable dinghies from the nearby Turkish coast, some of the thousands of people who have fled Turkey for Greece in recent days.  They set out after Turkey president Recep Tayyip Erdogan, seeking to pressure the EU to support him in the embattled Syrian province of Idlib, declared he had “opened the gates” to Europe — threatening to break a deal under which aid organisations in Turkey received European cash in return for Ankara’s agreement to house millions of refugees.