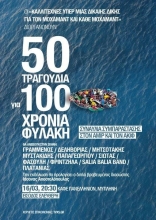 Since the end of December, asylum-seekers in Greece have been receiving ‘cash cards’ as part of an agreement between the Greek government and Catholic Relief Services (CRS). According to the Greek Ministry of Migration and Asylum, cards have been distributed to all eligible asylum-seekers. In January, overdue payments for October and November were made, with the expectation that disbursements will resume functioning normally at the beginning of March. The new distribution system is based on information from the Greek Asylum Service (GAS) database, and all registered asylum-seekers are entitled to cash assistance until a final decision on their asylum application is delivered. 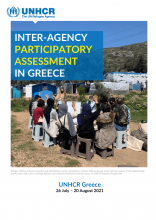 UNHCR, the UN Refugee Agency, together with sister UN agencies, NGO partners, municipalities and authorities discussed with refugees and asylum-seekers across Greece to identify their main concerns and key recommendations around protection and integration. A regular part of UNHCR’s programming, the Participatory Assessment (PA) provides an opportunity for UNHCR and others to assess the existing humanitarian programmes and adjust future initiatives in line with refugees’ feedback.