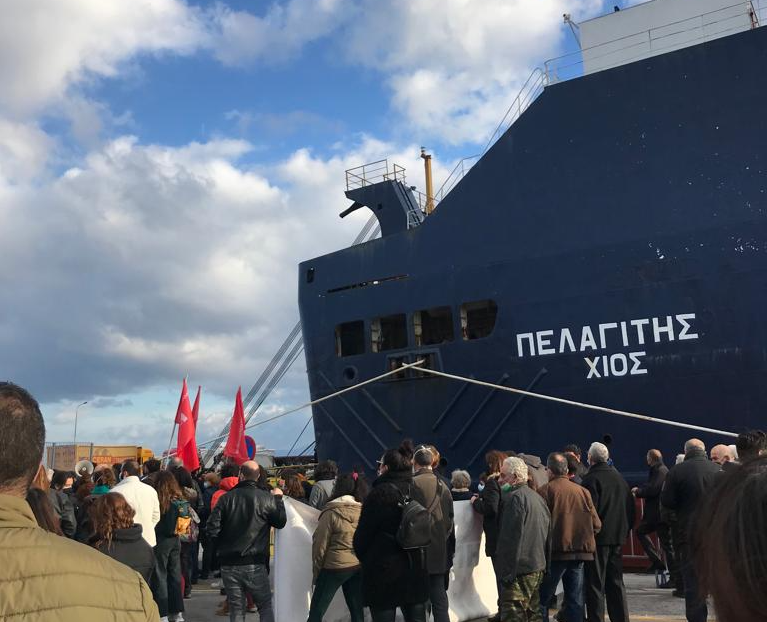 Two years after the violent crackdown on citizens in Chios and Lesvos who oppose the transformation of the islands into prisons for refugees and migrants, dissatisfaction with the refugee response is growing. The narrative of successful management of refugees (border security, decongestion of the islands, fast registration and identification procedures) promoted by the government does not seem to convince the islanders, who see huge new structures being built despite the decrease in the refugee population on the islands. Legal disputes, dozens of decisions of political groups, bodies and mass peaceful demonstrations unite people across different political positions once again against the government policy and the EU’s dictates for “superstructures” on the Eastern Aegean islands.

Brussels seems to be satisfied with figures showing a significant reduction in the number of refugees residing on the islands and with a drop in arrivals. However, ongoing allegations directly connect such figures to the practice of illegal push backs, often witnessed by islanders themselves. In many of the islands where residents’ resistance has been ignored in the past, the climate has become explosive once again. Residents in Samos are shocked to see the authorities ignoring even court decisions regarding the prohibition on refugees’ exit from the new superstructure. The EU insists on a policy of confinement of asylum seekers on the islands, while the Minister of Migration and Asylum himself speaks of a violation and failure of the EU-Turkey Statement.