Greek Asylum Service in 2017: A year in review

Greek Asylum Service in 2017: A year in review

In total 10,364 applicants were awarded international protection status (asylum or subsidiary protection), while 34,646 applications were rejected either as ineligible (12,149) or as inadmissible (22,497). In 6,989 cases, the asylum procedure was discontinued, primarily owing to thetacit withdrawal of the asylum claim by the applicant. Consequently, the overall recognition rate for the whole year stands at 46% percent.

With reference to the cases that under the EU-Turkey Common Statement have a geographical restriction, i.e. the applications submitted at the Aegean islands, the procedure was completed in 25,814 cases. Of these cases, 5,437 resulted in a rejection of the asylum claim, and 20,377 resulted in the lifting of the geographical restriction and in the transfer of the applicants to the mainland.

As far as the Relocation Program -which mostly covered Syrian nationals and ended in 2017- is concerned, in total 21,726 asylum seekers (6,982 men, 4,925 women and 9,819 children) were relocated to other EU Member-States in a safe and organized fashion.

In 2017, 9,784 take-charge applications were sent to other EU Member-States so that they could assume the responsibility of examining the relevant asylum claims, while 7,225 of these applications were accepted by the Member-States. The main reason for these applications was family reunification (4,334). At the same time, Greece was asked to assume the responsibility of examining the asylum claims submitted in other EU Member-States in approximately 2,000 cases. Greece accepted 68 such incoming requests, while one individual was eventually transferred to Greece.

Concerning the duration of the asylum procedure at the first instance, it is an average of two months for applicants who are in custody and for applicants for whom there is a geographical restriction (islands of the eastern Aegean). For all other cases, the average duration is six months. 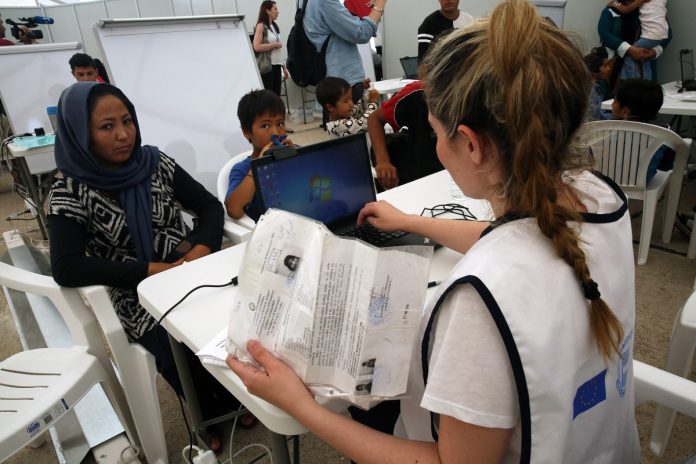 As far as European funding is concerned, the Asylum Service has implemented various programs, mostly funded from the Asylum, Migration and Integration Fund (AMIF) of the European Commission, but also from the European Economic Area Grants. The Asylum Service has received and used funds to the value of € 27,928,917.02. It has also committed through contracts 84.72 % of the funds it received (€ 35,840,837.35) by the end of 2017. This figure does not include the Relocation Program since Greece is funded € 500 for every individual successfully relocated to another Member-State. In 2018, the Asylum Service is planning to implement additional programs to the value of € 11,250,527.92. 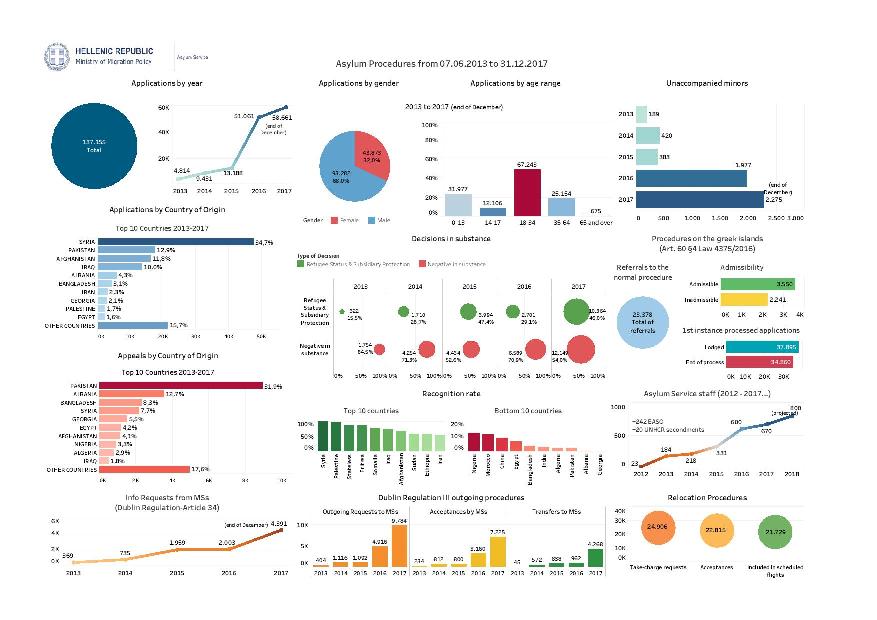 In any case, since the end of last year, Greece is in first place among the EU Member-States when it comes to the proportion of asylum seekers to the inhabitants of the country. This disproportionate burden results in the unavoidable delays which can be observed in all stages of the asylum procedure. To cope with this burden, the Asylum Service has grown rapidly in size since starting its operations in 2013 with fewer than 200 employees, and will continue to grow in 2018 with the appointment of 218 civil servants.

In 2017, the Asylum Service, in cooperation with Harokopio University in Athens, designed a free of charge mobile phone application, the Asylum Service App, funded by the National Program of AMIF 2014-2020. The app aims to provide reliable, authoritative and timely information for all those who intend to apply for asylum in Greece as well as for those who have already done so. The application is available in Greek, English, French, Arabic, Farsi/Dari, Urdu, Amharic and Tigrinya.

Furthermore, in an event that took place on 26 January in the office of the European Parliament in Athens, the Asylum Service presented a new 32-pages illustrated booklet titled "I am under 18 and I seek asylum in Greece” for use by unaccompanied minors seeking international protection in Greece. The booklet is available in six languages: English, French, Farsi, Dari, Arabic, Urdu and Bangla.

The Asylum Service also offers free legal aid to asylum applicants for the second instance of their application. This service started for the first time in Greece on September 21st 2017. Twenty one lawyers have been registered so far all over Greece: ten lawyers for cases in Attica, Corinth and Patras, took on a total of 589 cases, three lawyers in Thessaloniki (73 cases) and four in Xanthi, Alexandroupolis and Orestiada (112 cases in total). One lawyer was registered in Lesvos (44 cases), one in Rhodes (50 cases), one in Chios (40 cases) and one in Kos (33 cases). Forty lawyers are expected to participate in the registry in the near future. The Asylum Service aims to start offering legal aid also for the first instance of the application, during the first six months of 2018. 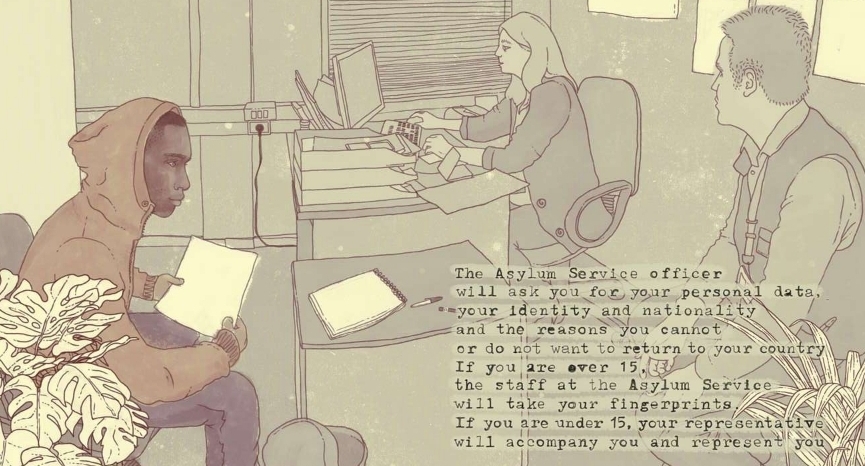 For 2018, the challenges facing the Asylum Service could be described as follows: Processing the still disproportionately high number of asylum applications; maintaining the quality of the asylum procedure at the first instance without long appeal procedures (both administrative and judicial): this means not allowing further burdening of the case workers. Finally, the continuing rapid growth of the Asylum Service calls for a restructuring of the Service so that it can continue to function effectively.