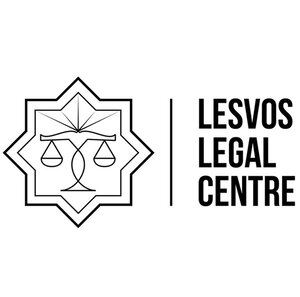 Since the start of the year, the Greek Government has further obstructed access to asylum for most migrants seeking protection in Greece, through the implementation of unfair policies and dysfunctional asylum procedures. In doing so, Greece (like all other EU Member States) has unashamedly adopted a racist double-standard of protection and treatment towards people from the global South seeking safety in the EU compared with the swift provision of protection to Ukrainians. In stark contrast to the opening of borders to Ukrainian nationals, evidence continues to emerge showing that Greek authorities systematically perpetrate violent and illegal pushbacks in the Aegean, with the complicity of EU institutions and agencies. As a result, only a limited number of migrants have reached the Greek islands and managed to exercise their right to seek international protection, without being violently thrown back at sea on floating motorless liferafts.

In parallel, the population in the Reception and Identification Centre of Lesvos (Lesvos RIC or camp) steadily declined since the start of the year. Despite this, the reception and living conditions imposed on migrants forced to live in Lesvos RIC over the winter remained inadequate to protect people from freezing winter temperatures and a dangerous and destructive series of fires. Under the pretext of COVID-19 prevention, arbitrary and unjustified restrictions on movement continue to be imposed on migrants trapped in Lesvos: amounting to effective detention. Such conditions have also increasingly gone unreported and unnoticed given the gradual exodus of major humanitarian organisations working in Lesvos, now re-focusing their funding and work towards the war in Ukraine.

In this context, Legal Centre Lesvos (LCL) carried out its usual activities, including information sessions and individual legal consultations to improve people’s access to information and ability to exercise their rights in their asylum interviews, on appeal, or for subsequent applications for asylum. In addition, LCL continued documenting human rights violations through the publication of updates and reports denouncing the dreadful conditions imposed on hundreds of people forced to live in the Lesvos RIC. LCL lawyers also represented several migrants before national and international courts. For instance, interim measures filed by LCL on 14 February were partially granted by the European Court of Human Rights (ECtHR), preventing the illegal removal of 11 unregistered asylum seekers from Greek territory and ensuring their access to basic needs. LCL also represented one of the two criminalised young Afghan men (Amir Zahiri and Akif Razuli) – wrongfully convicted of smuggling, despite being refugees themselves subject to smuggling operations, and sentenced them to 50 years in prison in the first instance. Their appeal trial before Greek criminal courts, was shamelessly interrupted and then postponed, leaving both unjustifiably in detention.