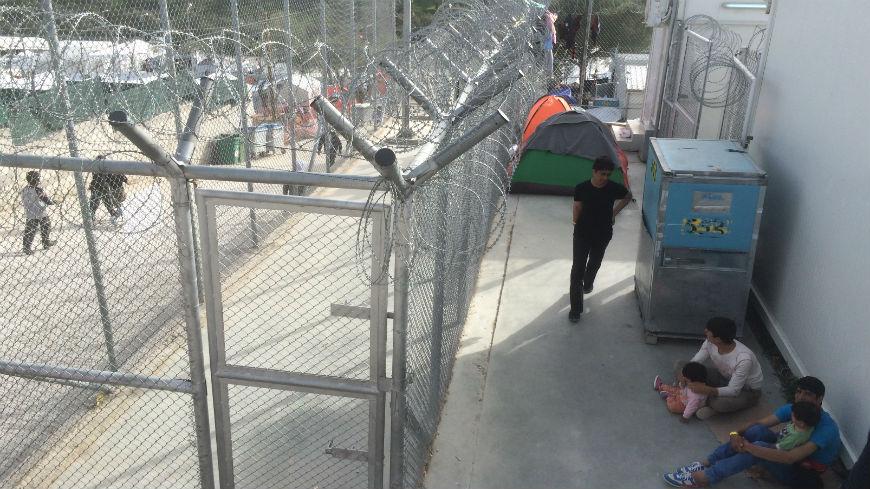 In a report on its April and July 2016 visits to Greece, published today, the Council of Europe's Committee for the Prevention of Torture and Inhuman or Degrading Treatment or Punishment (CPT) raises concerns over the situation in the “hotspots” on the Aegean islands and is highly critical of the continued immigration detention of unaccompanied children.

The report also criticises the situation of adult immigration detainees in Athens and Thessaloniki, and calls for determined action to tackle the problem of police ill-treatment.

In the report, the CPT is critical about the treatment of foreign nationals in the “hotspots” on the Aegean islands. In particular, overcrowding, combined with high levels of inter-detainee violence, insufficient basic health-care provision, inadequate assistance to vulnerable groups and deficient legal safeguards, created a highly explosive situation.

The report is also highly critical of the continued and routine detention of foreign national children for lengthy periods in poor living conditions and with insufficient care offered to them. While acknowledging the Greek authorities’ efforts to find additional accommodation, the CPT considers that the authorities should review their approach with regard to “protective custody” of unaccompanied children and end their immigration detention.

The CPT calls again for determined action by the Greek authorities to tackle the widespread and deep-rooted problem of ill-treatment by the police. Formal safeguards against ill-treatment continue to remain ineffective in practice. The Committee also expresses its dismay at the totally inadequate conditions of detention in immigration detention facilities and in most of the police stations visited. The dungeon-like and squalid living conditions at Drapetzona Police Station could be considered as inhuman and degrading, and present a public health risk.

The main findings of the CPT are set out in the executive summary of the report.

In their response, the Greek authorities provide information on the measures taken or envisaged to implement the recommendations made by the CPT.

The CPT’s report and the Greek authorities’ response have been made public at the request of the Greek Government.