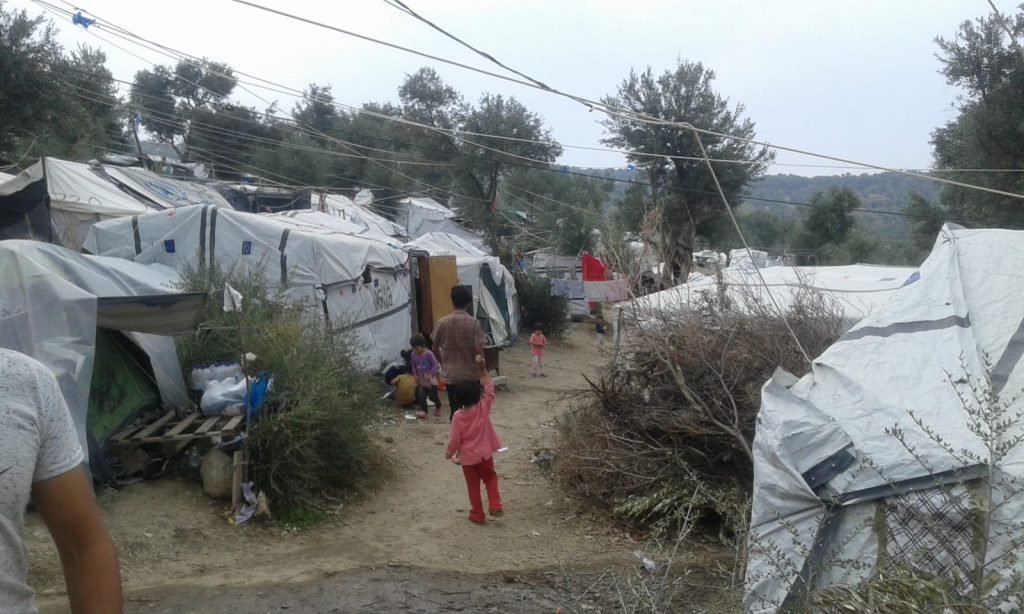 For over three years we have been reporting on the systematic denial of rights to migrants on Lesvos, and each report includes a laundry list of violations that only seem to worsen over time. The containment policy – at first opposed by UN agencies, NGOs and civil society – has become all but the norm in Lesvos.

Since the start of the year, there have been 45,500 arrivals to Greece, with approximately 18,000 arriving by sea from Turkey in August and September alone. Currently, over 14,000 people trapped on Lesvos are living in inhumane living conditions as a result of the 2016 EU-Turkey Statement, and the legislated containment policy that stipulates that asylum seekers cannot leave the Greek islands. The increase in new arrivals has coincided with a newly elected right-wing government in Greece who won on an anti-migrant platform that is creating an even more hostile atmosphere for asylum seekers on the island ‘hotspots’.

This combination has exacerbated the already desperate situation for migrants on the island, where human rights continue to be trampled at every instant. Read more>>>