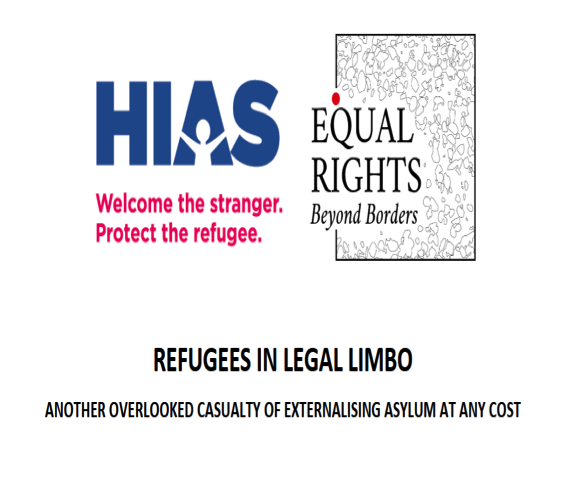 Thousands of Syrian nationals are trapped between the EU and Turkey. Their asylum applications in Greece are rejected, not because they do not qualify for asylum but because they are expected to seek asylum in Turkey instead. However, after the crisis at the Greek-Turkish borders in Evros in early March 2020, Turkey has not allowed the readmission of any applicants from Greece. As a result of the EU’s externalization policy, these refugees remain in Greece in a situation of limbo, even though they qualify for asylum. They are often imprisoned in immigration detention centres for prolonged periods, homeless, without access to the reception system and without any prospects of seeing their situation improving. Following a new Ministerial Decision published on 7 June, the same fate now awaits asylum seekers from Afghanistan, Somalia, Pakistan and Bangladesh.

On 18 March 2016, the EU-Turkey Statement was adopted, which essentially “externalizes” European responsibility for migration management to Turkey. The Statement foresees, among other things, the readmission to Turkey of migrants who have arrived to Greece irregularly by sea and do not apply for asylum or have their asylum application rejected. As the majority of people arriving to Greece via Turkey do in fact qualify for asylum, Greece began to also reject persons for whom the Asylum Service considered that Turkey was a “safe third country” and who could, therefore, seek asylum there instead.