As refugees continue to arrive on the island of Lesbos, Greece, the situation in Moria refugee camp is descending into chaos. There are frequent clashes, riots, and incidents of sexual violence, and the conditions of the camp are harming refugees’ mental health.

There are now more than 8,000 people crammed into a space made for 3,000 in Moria camp. Doctors Without Borders/Médecins Sans Frontières (MSF) has witnessed escalating daily violence in Moria over the past few months, and staff have treated many victims of sexual violence, which occurs in and around the camp.

Much of the tension is caused by overcrowding and inhumane living conditions. In the main area of Moria camp and in the Olive Grove, an informal extension of the camp, there are 72 people per functioning toilet and 84 people per functioning shower. This is well below the recommended humanitarian standards in emergency situations.

People who have applied for asylum are being held in limbo for months or years, and MSF is concerned that this prolonged uncertainty combined with insecurity and miserable living conditions in the camp are taking a severe toll on inhabitants’ mental health. MSF’s mental health clinic in Mytilene, in Lesbos, only accepts the most severe mental health cases and is currently working at full capacity.

“Part of the reason people's mental health deteriorates so drastically here in Lesbos is that they come from traumatizing experiences. [They] reach Europe hoping for refuge and dignity, but what they find is the opposite—more violence and more inhumane conditions,” says Giovanna Bonvini, mental health activities manager at MSF’s Mytilene clinic. 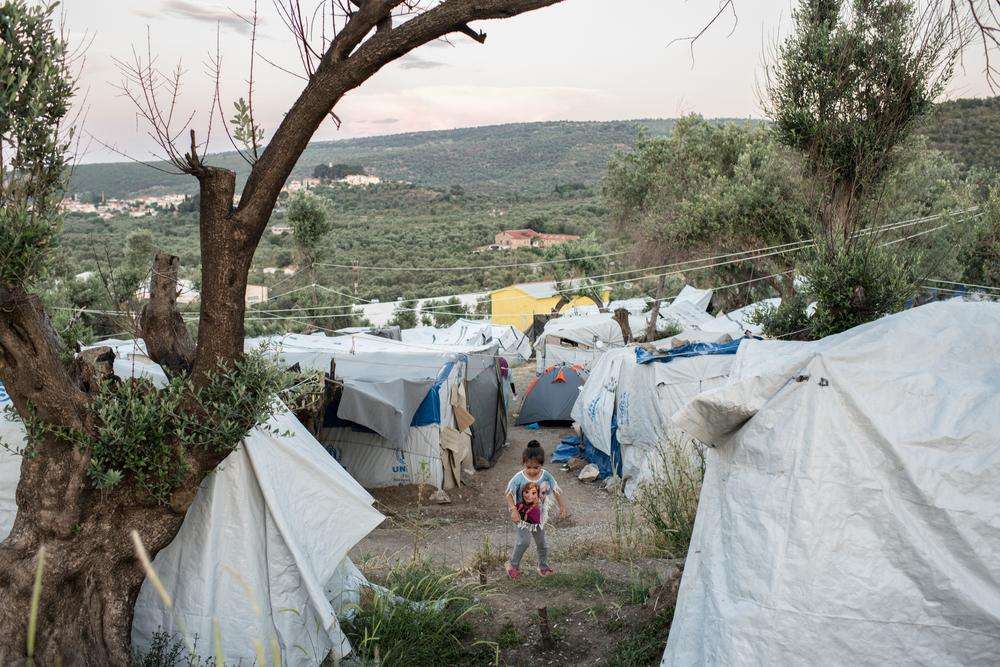 “The other day, a young man who was a victim of sexual violence was brought to the clinic by a friend in the midst of a psychotic breakdown. He has severe [post-traumatic stress disorder] PTSD and was suffering from hallucinations and flashbacks, noises from all around, and could not stop crying during the two-hour session,” Bonvini says.

“He is scared of the dark and is constantly terrified of being attacked in Moria. The team started him on medication, and he is having intensive psychological sessions, so he is now stable. But he will never make much progress, for as long as he is living in Moria, he will be locked in a cycle of despair and distress.” 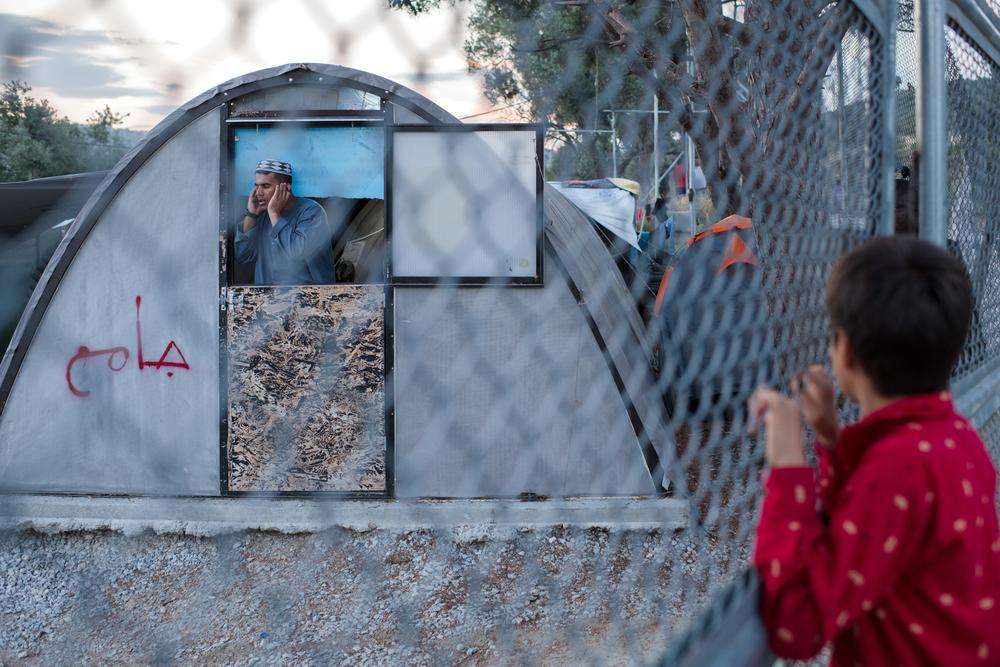 A child looks through a chain link fence at the camp's mosque. Many refugees have been waiting for years to hear if their asylum requests have been accepted. The conditions in the camp are deplorable.

“The majority of these people are new arrivals suffering from psychotic symptoms, including hallucinations, agitation, confusion, disorientation, and who have strong suicidal ideations or have attempted suicide,” says Dr. Alessandro Barberio, MSF’s psychiatrist at Mytilene clinic.

Deeply worrying is that both unaccompanied children and children living with families in the camp are being re-traumatized from their experiences living in Moria—as is evident through our mental health group therapy sessions for children. 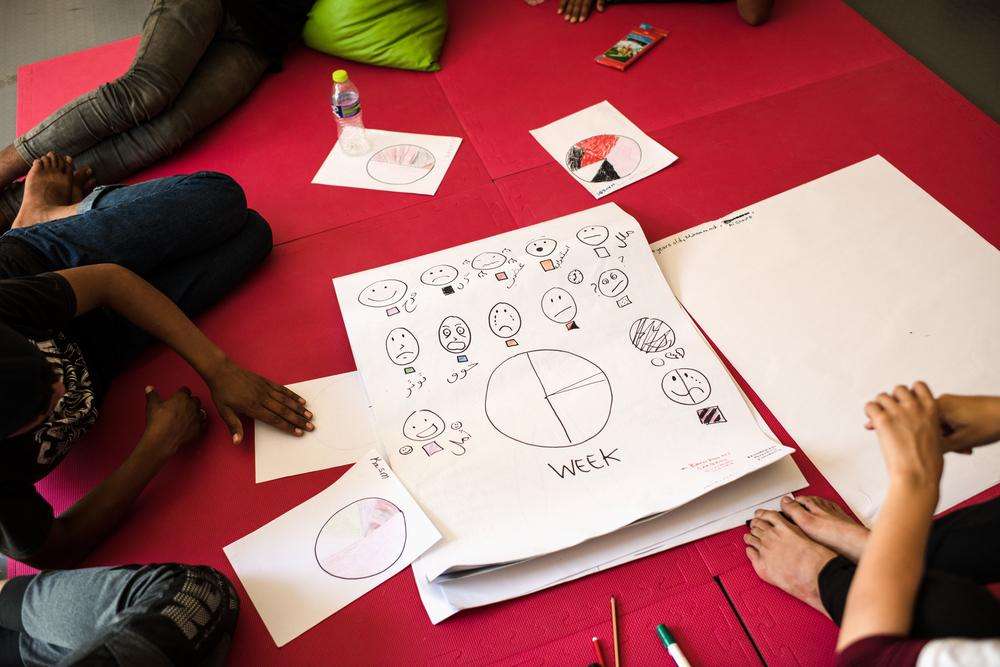 Children who fled conflict in their countries participate in an art therapy session in MSF's clinic outside the camp.

“In the past four weeks, we have also received an increase in the number of minors suffering from intense panic attacks, suicidal ideation, and suicide attempts,” says Dr. Barberio. “The appalling living conditions and the everyday violence in Moria camp are having a severely detrimental impact on the mental health of our patients and causing many of our patients to develop severe mental health conditions.”

MSF is calling for vulnerable people to be moved out of Moria into secure accommodations and for other measures to ease camp congestion. Furthermore, we insist on an end to policies of containment, and call on the European Union and state authorities to step up access to health and security for those in the camp.

Our experience shows that the EU-Turkey deal is not effective as a deterrence policy; people will continue to flee war and terror in order to survive. Trapping them in distressing and unsafe conditions just further traumatizes an already extremely vulnerable population.