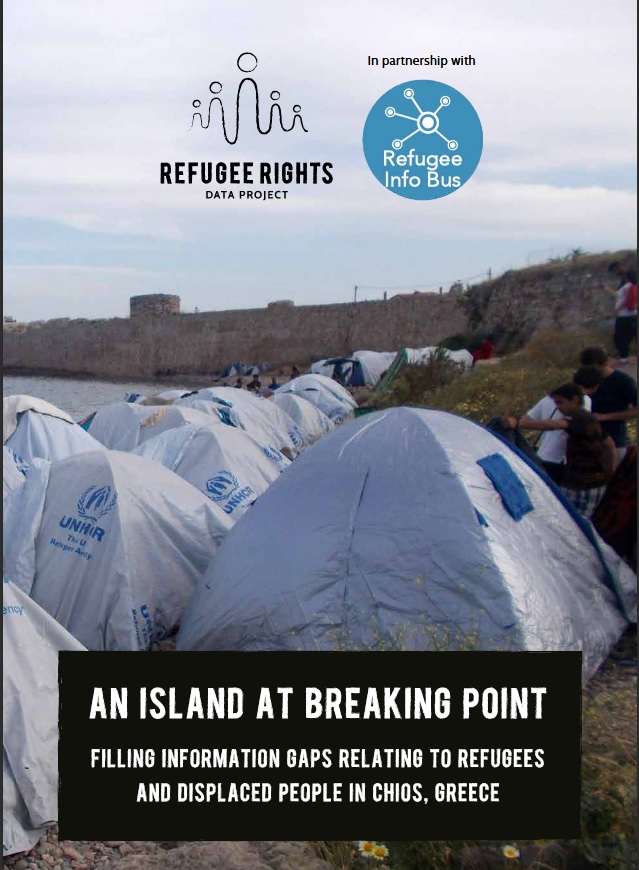 Since the EU-Turkey deal was signed in March 2016, thousands have found themselves trapped in limbo on this small island. Men, women and children who aspire to continue onto mainland Greece are housed in two overcrowded camps. One of the camps is Souda, a makeshift settlement which stands within an old fortress in Chios town. It is currently managed by Chios municipality, and has very little security apart from the presence of several NGOs. The other camp, Vial, was originally the official ‘hotspot camp’ or detention centre on Chios. It is located in the mountains, around 20km from Chios Town.

Following widespread reports of the deteriorating situation for refugees in Chios, RRDP sent a field delegation to the island from 11-18 May 2017. The team carried out 300 interviews with displaced people to investigate the human rights issues and humanitarian standards experienced there.