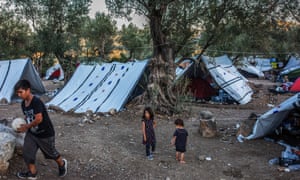 Greece’s asylum system is hamstrung by public sector cuts imposed during the country’s EU bailouts, a UN envoy has said, as campaigners warned of a looming winter crisis for refugees and migrants.

MEPs blame Europe’s asylum system for humanitarian conditions in Greece, where thousands are stranded in squalid camps that are a danger to physical and mental health.

Philippe Leclerc, the UN refugee agency’s representative in Athens, said EU policy on Greece during the debt crisis was “totally legitimate”, but pointed to unintended consequences for migration.

“It is a state that is affected by the consequences of the financial crisis and public control spending measures … [so] you have an emergency situation on the islands and the mainland, where the state is not fully equipped to respond.”

He was speaking to the Guardian days after the UNHCR called on Greece to take “urgent steps” to improve conditions for 11,000 people in dirty and unsafe camps on the islands of Samos and Lesbos. Read more>>>