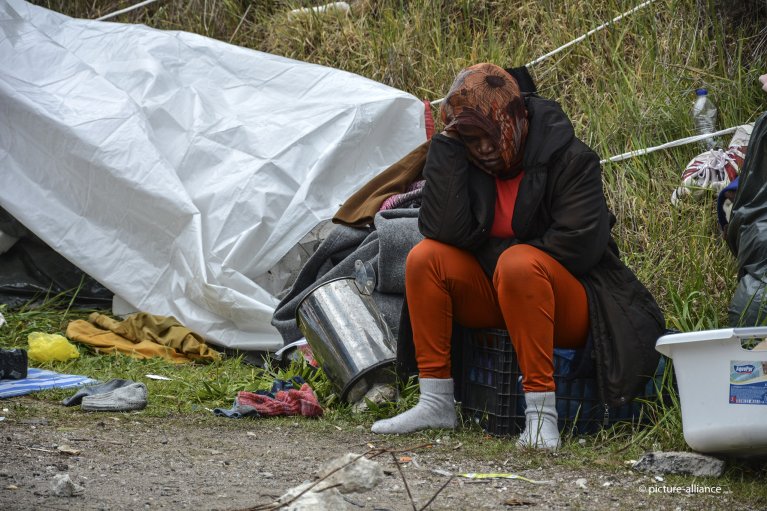 The number of migrants housed in overcrowded camps on the Greek islands has fallen for the first time in over a year. The UNHCR is calling on the government to integrate refugees into Greek society and close down the camps altogether.

The United Nations Refugee Agency UNHCR says the number of asylum seekers on the five Greek islands Lesbos, Samos, Chios, Leros and Kos has fallen for the first time since January 2019. In April there were 38,291 people in refugee camps on the islands, down from 42,052 in February, the UN said.

Philippe Leclerc, the UNHCR representative in Greece, said this was due to a stark decrease of arrivals to land and sea borders from neighboring Turkey, and the transfer of migrants to mainland Greece.