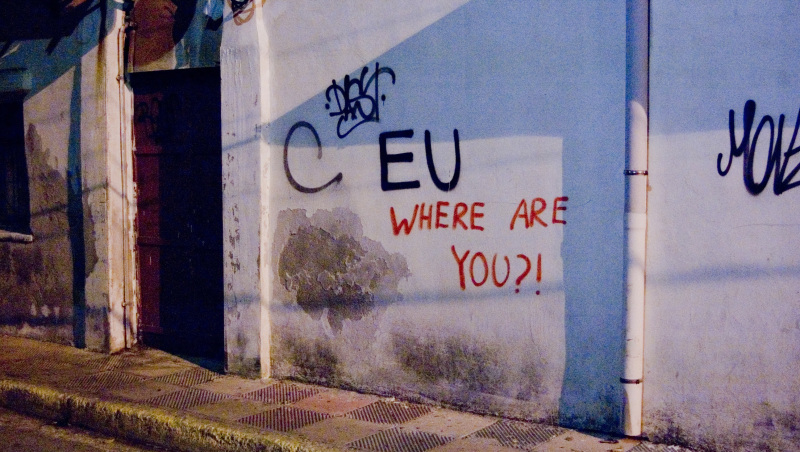 Foreign Institutions
/
The Moria Fire as Catastrophe: Scenes of Witnessing. By Penelope Papailias .
Foreign Institutions
/
Holes in the Fence: The Summer of 2015. By: Katerina Rozakou
Refugees & Migrants
/
The Normalization of Pushbacks in Greece: Biopolitics and Racist State Crime. By: D. Koros
/
Outsourcing Hotspot Governance within the EU: Cultural Mediators as Humanitarian–Border Workers in Greece. By Spathopoulou et al.
University of the Aegean
/
Representing and commoning the refugee crisis: The ‘assemblage’ of the Lesvos Migration Atlas. By M.TSILIMPOUNIDI et al.
Refugees & Migrants
/
Visual Regimes of Mobility. Photographic Exhibitions on Refugees during the Financial Crisis in Greece. By P. TOPALI
Foreign Institutions
/
Beyond Humanitarian Logics: Volunteer-Refugee Encounters in Chios and Paris.By L. Stavinoha & K.Ramakrishnan
Foreign Institutions
/
The Sea and the Sea: Do Migrants’ Lives Matter Less Than Tourists’? By K. ZANOU
/
‘Vulnerable Refugees’ and ‘Voluntary Deportations’: Performing the Hotspot, Embodying Its Violence
Foreign Institutions
/
Fund but disregard: the EU’s relationship to academic research on mobility
See more
Back to top