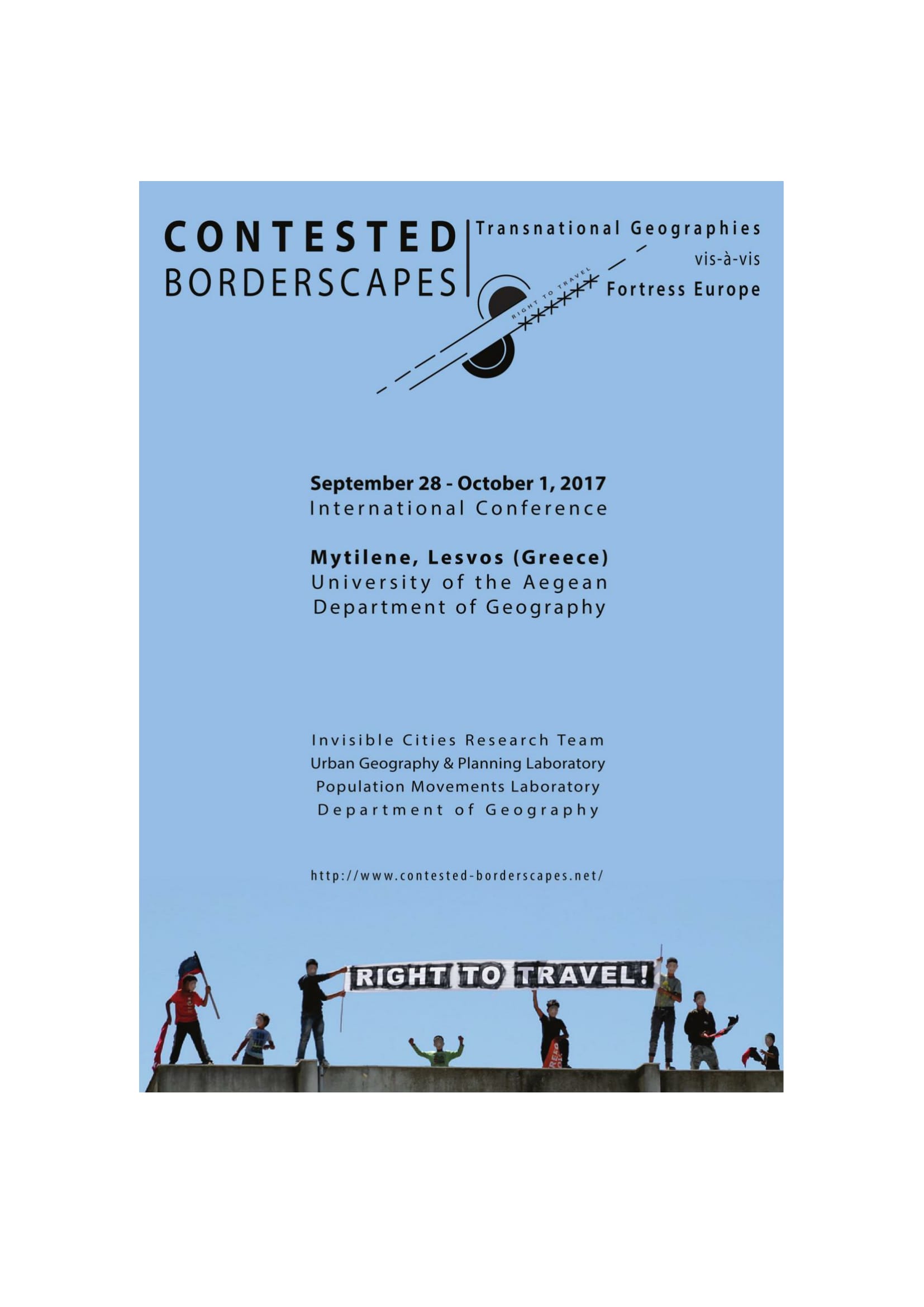 In 2016, Oxford English Dictionary declared “post-truth” the word of the year. In this Orwellian moment, the movement of refugees, asylum seekers, and migrants across the increasingly militarised borders of Europe have instigated a socio-spatial debate about the limits of human rights, national sovereignties, continental values, precipitating and contributing to the ongoing condition of European crises. Although in the era of globalisation borders constitute porous passages for capital and commodities, at the same time they have hardened and ossified as “new enclosures” seeking to immobilise migrant and refugee populations. Fortress Europe emerges as a complex of new state control mechanisms, freshly erected border fences, newly built detention centres and improvised refugee camps; together, these technologies of migration management aim at the criminalisation, classification, stigmatisation, and biopolitical control of moving populations, fomented by xenophobic politics, and managed by humanitarian subcontractors. In this hostile climate, people on the move contest European border regimes, peripheries, and cityscapes by claiming spatial justice and political visibility while creating a nexus of emerging common spaces. They are joined by activists defending their right to movement, who are engaged in efforts to “welcome refugees” into a shrinking and contested public sphere, into alternative and self-organised social spaces, responding to the humanitarian crises wrought by militarism, violence, and structural adjustment with solidarity, stemming from a larger vision of sharing in each other’s struggles for survival and social transformation.

The island of Lesvos is a space of multiple histories of refugee passage, now reinvented as a “hot spot” in the contemporary European regime of migration management, but also reimagined by people who live there as a space of social solidarity with migrant struggles. It thus constitutes one epicentre, or “contested borderscape” of Fortress Europe, and a place where we might learn from local struggles and movements against its murderous politics. If, over the past year, the shores and seaways of Lesvos (“Lesbos”) gained international visibility as the backdrop to untold human suffering, loss, and survival, the purpose of gathering here is not to consume it as a spectacle; instead, we seek to learn from how people here have responded to, and organised in the urgency of what has became mediatised as “the refugee crisis.” The main aim of this international conference is to create a space of critical reflection in which academics, artists, and activists from different disciplines, backgrounds, and locations, can strategise, organise, and analyse the social landscapes of border-spaces such as this, and their reverberations for anti-border politics elsewhere.

We welcome proposals for various kinds of interventions, including, but not limited to: presentations of formal academic papers falling under one of the following five themes; brief provocations leading to open discussions; performance lectures; installations; exhibitions or screenings of visual work (e.g., film, photography, etc.); workshops (sharing practical knowledge, working through a particular idea or problem, teaching a methodology, approach, or framework). We wish to emphasise multidirectional discussion and open debate of contested—rather than “settled”—issues, as opposed to unidirectional knowledge transmission by institutionally acknowledged academic experts. As such, the conference will open with a plenary of local activists, and will culminate in a general assembly of all participants, mapping possibilities for future collaboration and exchange across and beyond Fortress Europe.