Attitudes Towards National Identity, Immigration, and Refugees in Greece

Attitudes Towards National Identity, Immigration, and Refugees in Greece 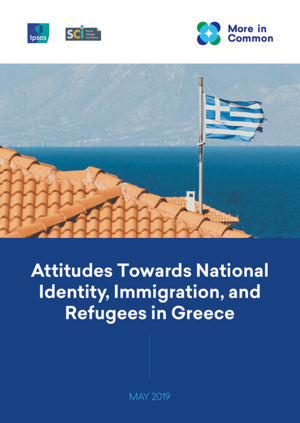 This report demonstrates that despite deep frustrations - with the EU, the government, the economy and immigration - Greeks are more likely to express empathy towards refugees than to blame them for their circumstances. Nearly half of the population has had contact with refugees in recent years, far more than in other parts of Europe. The report identifies seven groups within the Greek population whose views on issues of identity and migration differ. Around one in five are at either the ‘open’ or ‘closed’ ends of the spectrum, and three in five Greeks belong to one of three middle groups whose views are mixed. Overall, most Greeks support the principle of asylum and believe that compassion and solidarity are important expressions of what it means to be Greek, with positive feelings for migrants outnumbering negative feelings by a factor of three to one. Read more>>>