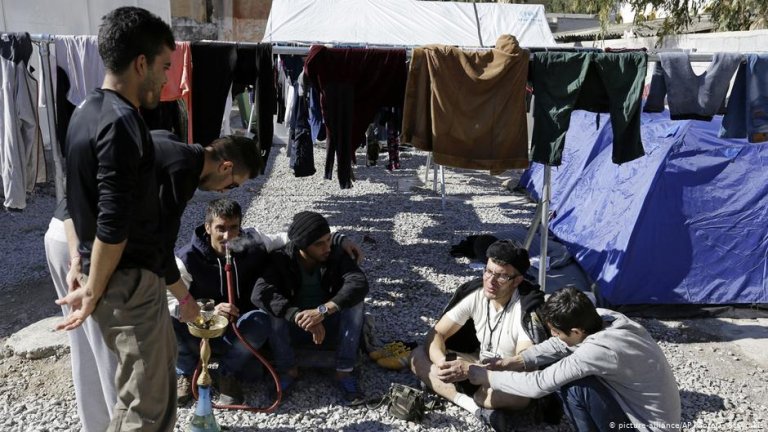 The migration expert Gerald Knaus and the German refugee rights organization Pro Asyl are warning that the situation on the Greek islands is becoming insupportable, both for migrants and the Greek authorities. Their calls are backed up by the latest UNHCR figures.

"At the moment we are witnessing overcrowding in the five reception centers on the Aegean islands," says Stella Nanou, Communications Officer at UNHCR Greece. "We are talking about a total of 21,000 people in the five reception centers. The problem is more acute on Samos, which hosts about 7 times above its capacity; Lesbos and Kos host populations at about four times their capacity. […] The situation is very grave."

The increase started in May 2019, explains Nanou. But numbers started rising significantly in July, when about 5,000 people arrived by sea. In August, the number rose again to 8,000. Weekly numbers for September show further increases.

"It is important to put this all in context," cautions migration expert and director of the think tank the European Stability Initiative (ESI), Gerald Knaus. Knaus and the ESI were among the architects of the EU-Turkey deal on migration which was signed in March 2016. Speaking to the German TV channel ZDF, Knaus noted that in February 2016, around 2,000 asylum seekers and migrants were arriving in Greece from Turkey every day. Since the deal has been in place, those numbers have dropped to around 119 per day.

Nanou notes that there were several factors which could have caused this drop in arrivals. As well as the EU-Turkey deal, at the same time the Balkan route was closed or became more difficult to navigate. After a couple of years of lower arrival numbers, the situation on the Greek islands has now become "insupportable," both for the Greek government and the migrants themselves, Knaus says.