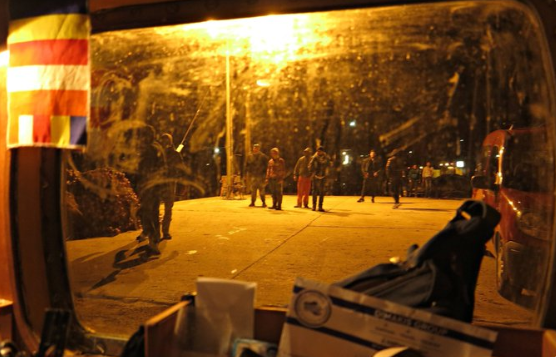 Members and supporters of German far-right groups have been involved in clashes with demonstrators on the Greek island of Lesbos. The right-wing activists have traveled to Greece, they say, to show solidarity with islanders and defend Europe's borders against migrants.

Violence broke out in the Lesbos capital Mytilene on Saturday when demonstrators clashed with members of foreign right-wing groups. A prominent German far-right blogger Oliver Flesch, who had traveled to Greece, was reportedly among the group. Flesch said they were surrounded by up to 25 anti-fascist demonstrators and he thanked the police for “getting them out.”