The EU’s refugee crisis: Effective handling or botched up policy?

The EU’s refugee crisis: Effective handling or botched up policy?

Dealing with the refugee crisis has proved to be an insurmountable task for Europe, due to the apparent lack of a coherent immigration policy and political indecisiveness. Europe’s cohesion comes out shaken as a result, EURACTIV.gr reports.

Poor reception infrastructure, and difficulties caused by a bureaucracy unable to meet the basic needs of the refugees have lead to overpopulation – and Aegean islands are a prime example. The direct outcome is an unprecedented emergency situation.

“In recent years, migratory flows have intensified, posing a challenge for MEPs and every citizen of the EU, as the Dublin Regulation has proved inadequate and ineffective in practice, accumulating crowds of immigrants and problems on European coasts,” Greek MEP Eva Kaili (S&D) told EURACTIV.

“We are a union of 28 member states and, as is the case today, those who guard the borders of Europe in the Mediterranean and the Aegean, such as Greece, bear the greatest weight, and cost, of the immigration crisis. On a daily basis, the Greeks strive to balance hospitality and humanity with the harsh reality and the need for security at our borders”. 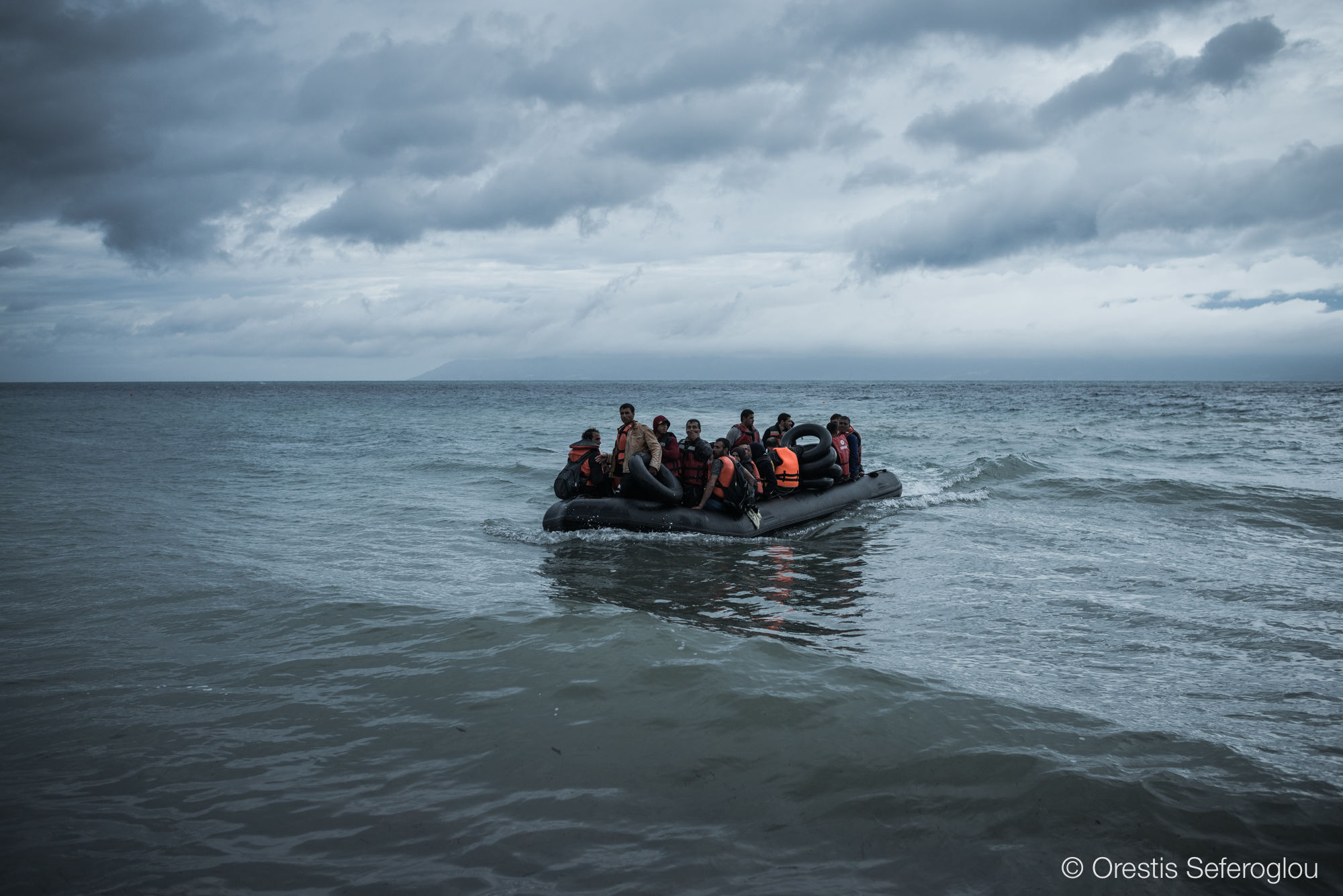 Refugees and migrants arrive aboard an overcrowded raft during a rainstorm at a beach on the Greek island of Lesbos, October 2015. [Orestis Seferoglou]

For his part, MEP Miltos Kyrkos (S&D), commented: “The crisis in 2015 showed that the EU cannot cope quickly with critical situations. As with the crisis of the memorandums and the refugee crisis, the EU tried to save time until it found a permanent answer.

“If some support mechanisms were created in order to rescue bankrupt states, we are still improvising on the refugee crisis ,” Kyrkos said.

With regard to the European Parliament’s support for Greece, Parliament’s Vice President Dimitris Papadimoulis underlined:

“At the same time, there is an ongoing dialogue within the Committee on Civil Liberties, Justice and Home Affairs (LIBE) and support for our country in the positions of the majority of MEPs, while there have been on-site missions to the Eastern Aegean islands, with Commission’s reports to recognise the massive efforts of Greece, calling for more solidarity to cover additional needs and gaps.”

According to a recent IOM survey, in the first months of 2018, a total of 18,939 refugees arrived in Europe across maritime borders – with 38% of them arriving in Greece. The total number of arrivals in Greece for 2018 is 7,300, a strong increase over last year when there were 4,761 arrivals altogether.

“According to the predominant narrative, the so-called ‘refugee crisis’ reached its peak in 2015-2016 and has since remained at manageable levels. This narrative artificially obscures reality: the crisis has simply been limited geographically, creating a continuous image of a humanitarian disaster on the Aegean islands,” said Eleni Takou, the deputy director and head of advocacy at HumanRights360.

“The recent increase in flows has again confirmed the obvious: as long as there are wars, persecutions and poverty, people will try to find a safe haven – and the only thing the policy of deterrence can do is to feed into xenophobic reflexes like the ones we witnessed in the recent organised racist attacks in Mytilene,” Takkou added. 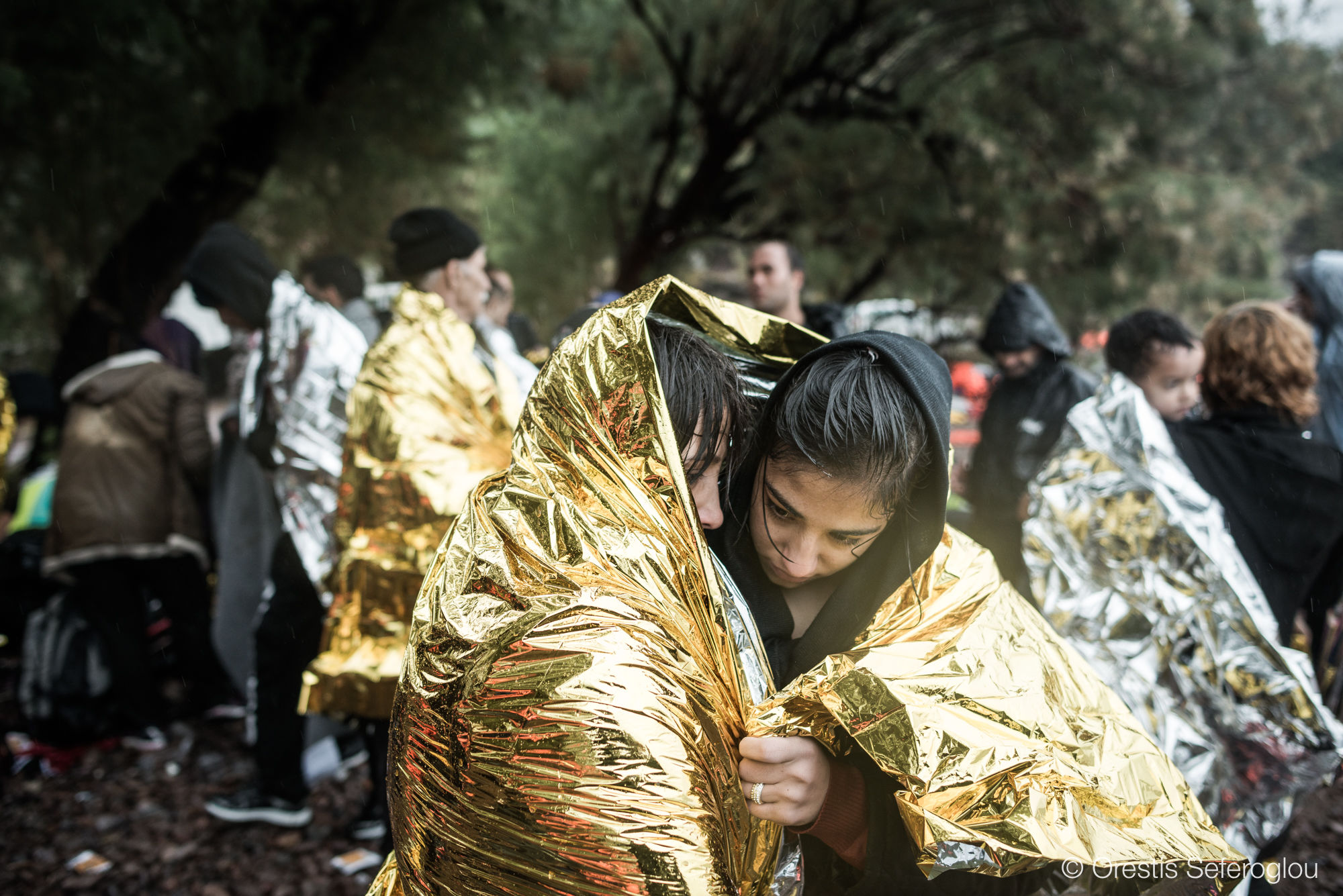 Two young girls huddle inside emergency blankets as they arrive with other refugees and migrants on the Greek Island of Lesbos, October 2015 [Orestis Seferoglou]

EU countries are now reluctant to implement measures such as relocation plans and other initiatives that effectively challenge the EU’s institutional architecture and the principle of solidarity. Some countries felt that the principle was mandatory while others, mainly in Eastern Europe, argued that European solidarity should be voluntary.

Kyrkos pointed out that the Parliament has long warned of the fact that Dublin Regulation (which gives responsibility to the states of first entry only) is obsolete but the EU delayed any debate on the issue until the summer of 2015, “with the uncontrolled flows of more than one million people, when the Commission and the Council reacted, and indeed, rightly”, Kyrkos pointed out

He said the EU has since strengthened the frontline states with significant funds, strengthened EASO and Frontex for border control, made a joint statement with Turkey to cut the flows of migrants by 97% and supported 3 million Syrians there and set up an African fund for poverty alleviation.

But the European Parliament was barely involved “because no one asked for its view in these extraordinary procedures,” Kyrkos said.

“The EU has the opportunity to change course, in view of the upcoming revision of the Dublin Regulation. Unfortunately, the proposed project goes further to outsourcing immigration management to third countries and criminalising secondary flows and this has to be changed”,  said Takou of HumanRights360.

MEP Kaili said the Parliament had “voted and promoted new rules on shortening the asylum procedure and the automatic relocation of all asylum seekers according to a fixed predetermined distribution rate, including a common European definition the concept of safe third countries”.

“The objective is a permanent mechanism for migration management, based on solidarity among member states, reinforcing the necessary security controls, with individuals who have the right for international protection not to be left on European coasts”, she said. 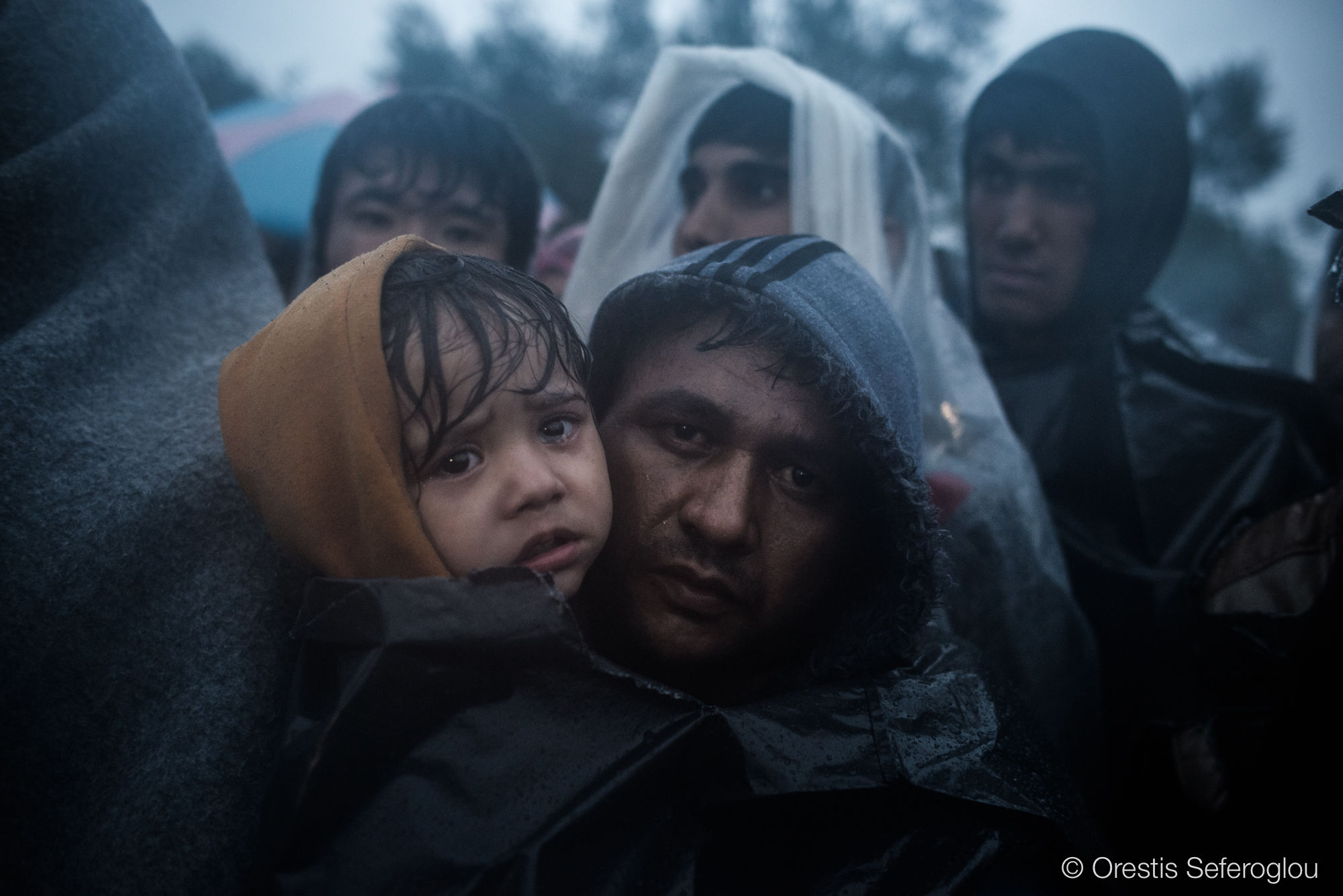 A man with his son wait along with hundreds migrants under heavy rain outside the Moria registration camp in the greek island of Lesbos, October 2015. [Orestis Seferoglou]

A refugee story: replacing fear with hope in Greece

Despite the current challenges, refugees who have managed to be fully integrated into Greek society give new impetus to the national economy and provide a breath of fresh air.

An indicative example is N.N, who came to Samos in 2007 from his homeland Afghanistan, plagued by warfare.

“My goal was to go to England because my relatives live there. As I arrived in England, I asked for asylum, but I faced problems due to the Dublin II Regulation and I had to return to Greece.”

As he explained to EURACTIV.gr, the situation in Greece at the time was very different from today.

“There were no organisations dealing with this issue. I stayed in Greece eight months and I literally had no help. Neither from the state, nor from NGOs, nor from relatives. I did many jobs because I had to find a way to live with dignity.” 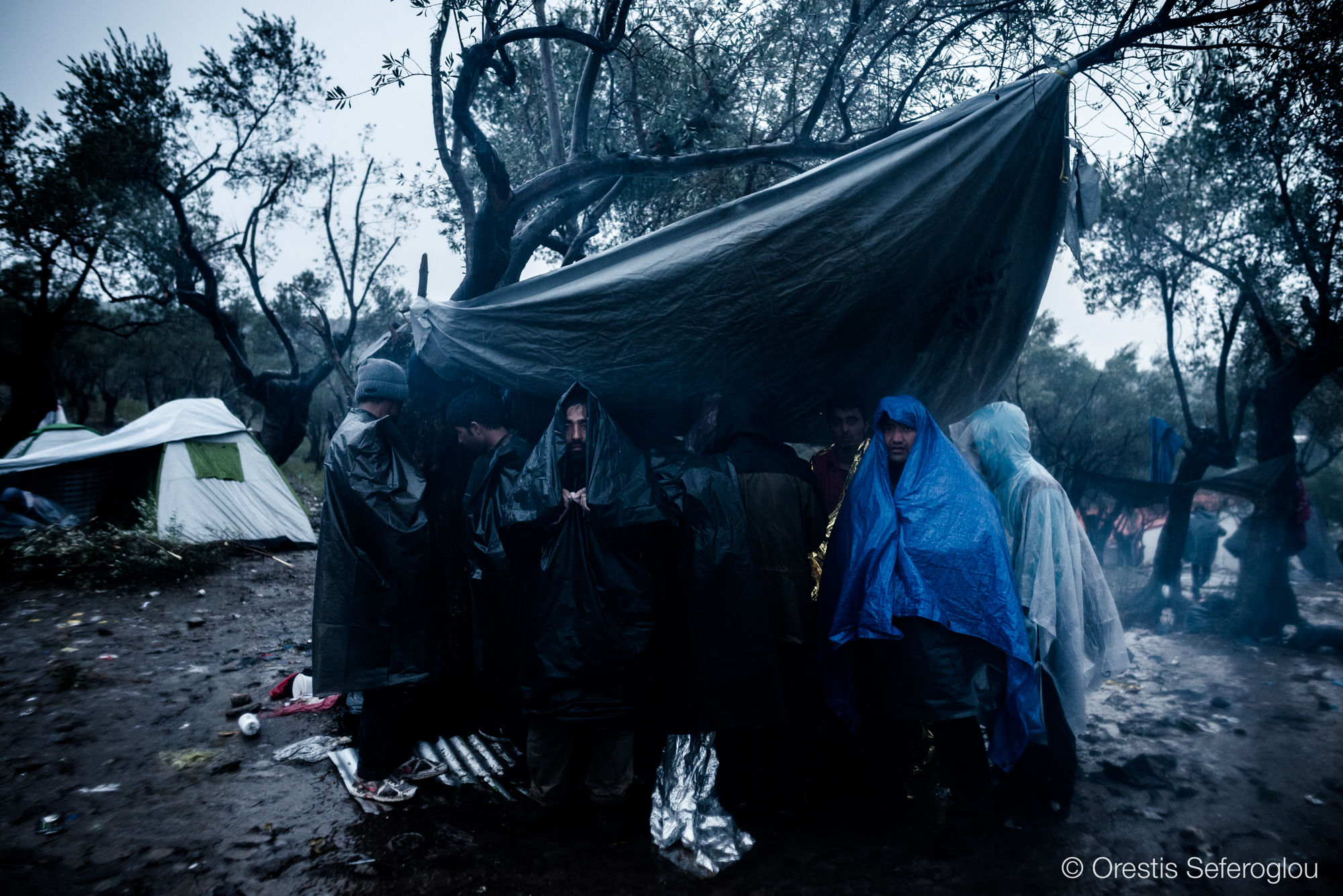 He said that in some cases employers did not pay his accrued salaries, but the biggest problem was the language, because “If you do not know the language, anyone can exploit you”.

His search for a better life led him to the Balkans in 2008, with Austria as the final destination. “In Austria, I asked again for asylum and in 2009 they brought me back to Greece. Then I looked for a job in the newspapers. I worked for a long time in a hotel and I didn’t have any social life at all, even though I was working with many people”.

Nevertheless, he never gave up. “I decided I had to work somewhere that I would like. At that time, the community told me that there was a vacancy at the International Organization for Migration. They chose me without having any particular professional experience or a certificate of attainment in Greek. Then I attended a programme organised by the Greek state in order to learn the language”.

Creative, optimistic and more determined than ever, N.N. continues to have big dreams for the future, while his long-term desire is to write a book about his experience. He is now fluent in Greek and since 2014 he has worked as an interpreter and translator at the Greek Council for Refugees.

At the same time, he received a scholarship from the US Embassy in Athens to study at Deree College.

“Last year, the Embassy announced 200 scholarship positions for refugees for a one-year study program. I passed the examination and I currently study English Literature.”

At the end of the interview, he summed up his view.

“Unfortunately, some people do not understand what a refugee has experienced. But you cannot easily change them. Besides, every nation, every country, has its own perspective on these things. However, what should be perceived is that everyone has fundamental rights”. 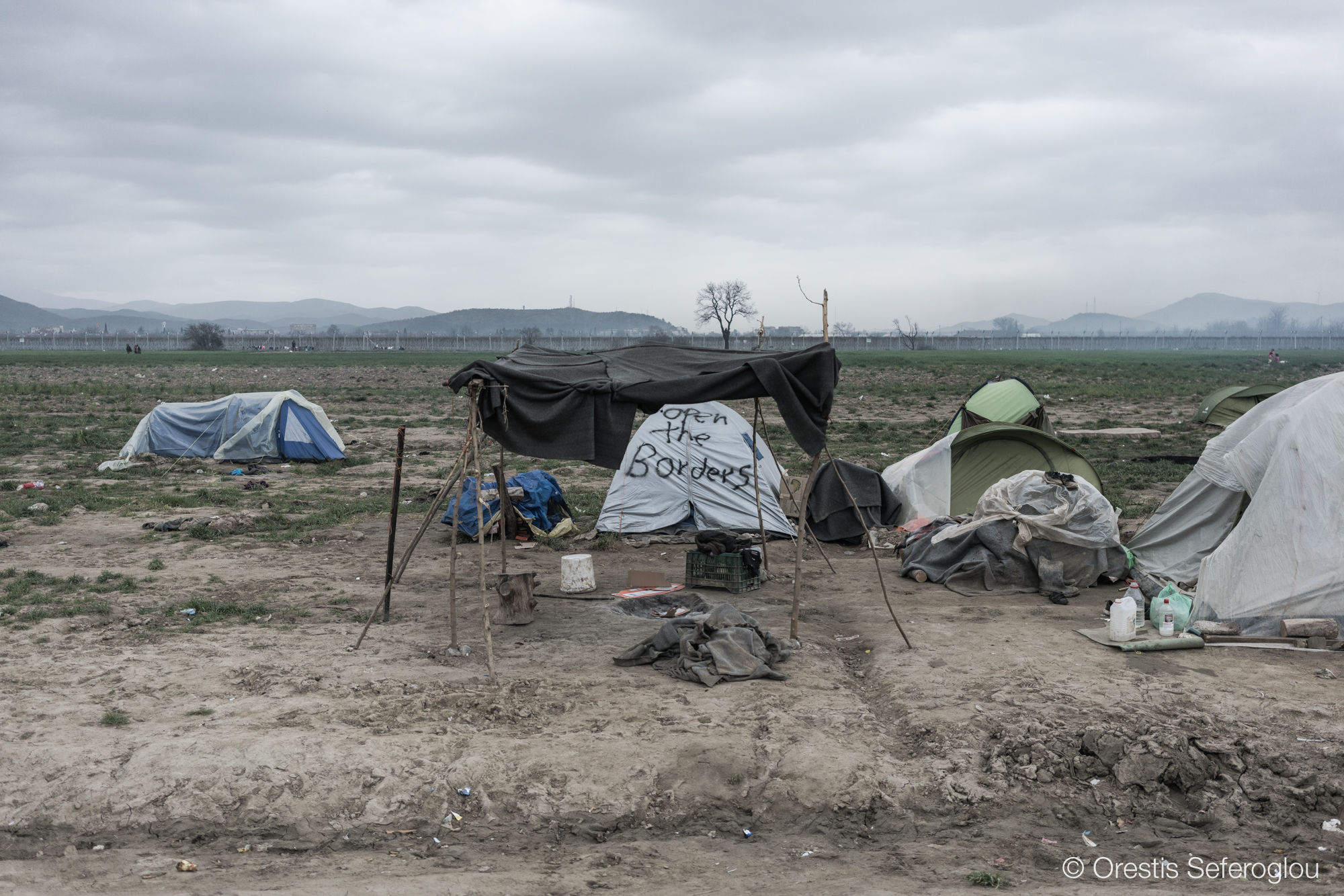 Challenges for the future

The political rhetoric of European leaders alone is not enough to deal effectively with the refugee crisis, because words rarely turn to deeds.

Instead, coordinated action by all relevant actors is needed, as well as a new integrated European policy based on fair sharing of responsibilities.

“As long as European countries arbitrarily replace their international obligations with volunteer humanitarian programs and do not establish safe passages to Europe for the people who need them, they still have responsibility for hundreds of dead people in the Mediterranean,” Takou said.