Asylum and the rule of law: deficiencies in adjudication and law-making, doubling down on shrinking civil society space

Asylum and the rule of law: deficiencies in adjudication and law-making, doubling down on shrinking civil society space 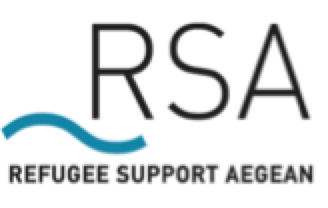 In its submission to the Rule of Law Report prepared annually by the European Commission, Refugee Support Aegean (RSA) highlights developments and persisting concerns relating to the rule of law in key areas of the Greek asylum system.

Risks of repression of civil society organisations supporting refugees and migrants have been heavily exacerbated by successive legislative reforms, introducing disproportionate requirements for registration on the NGO Registry managed by the Ministry of Migration and Asylum. The processing of registration applications by the Ministry so far has given rise to grounds for believing that the assessment of the registration criteria pursuant to the relevant Ministerial Decision is not conducted transparently, fairly, consistently and lawfully. RSA and other organisations have mounted a legal challenge against the rules before the Council of State, on grounds of infringement of fundamental rights, the General Data Protection Regulation, and Greek administrative law.

Despite legislative commitments in 2019 to promote better regulation, the Greek government has continued to table large reforms to consultation under extremely short deadlines. Legislative proposals are often rushed through truncated readings in parliamentary committees which do not enable the legislature to adequately scrutinise legal texts.