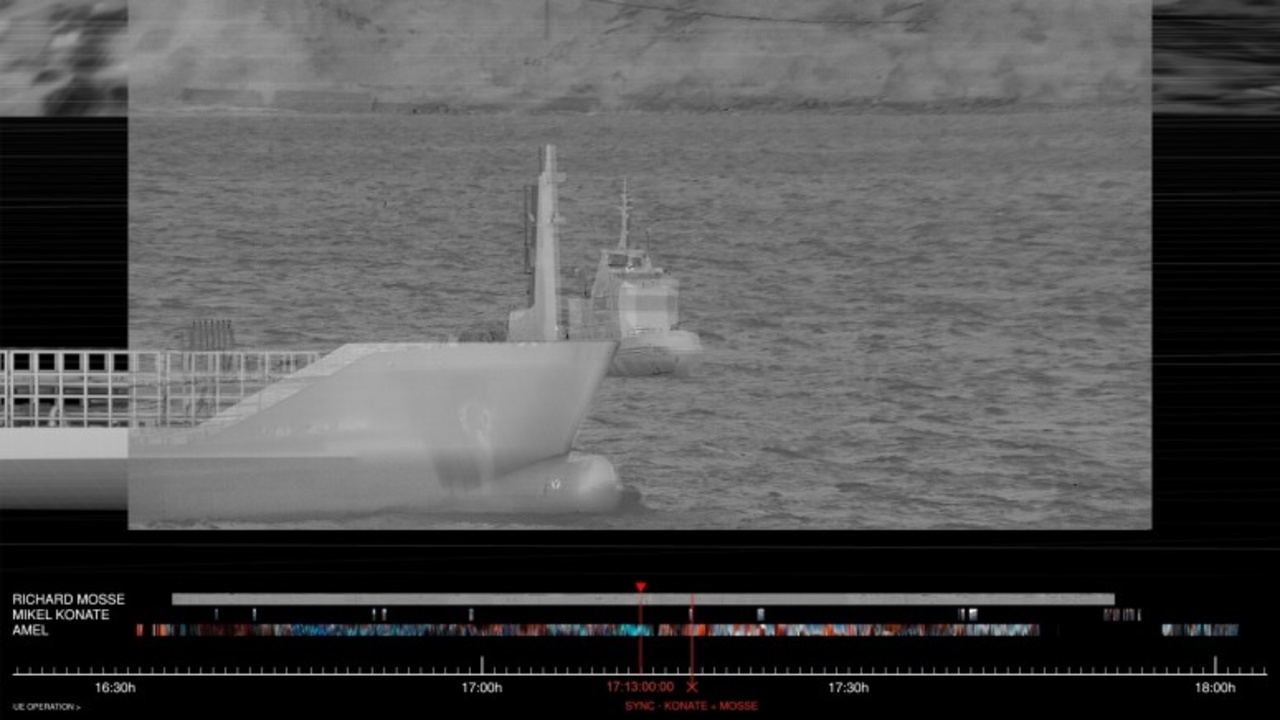 On 28 October 2015, a migrant boat left the coast of Western Turkey heading to the closest European coast – the Greek island of Lesvos. The shipwreck resulted in the death of at least 43 people, making it the deadliest incident of that period, also known as “the long summer of migration.” One of the survivors, the artist Amel Alzakout, recorded the journey and the shipwreck on a waterproof camera attached to her wrist. This footage – which also forms the basis of her subsequent film Purple Sea – provides a unique situated perspective on this tragic event at the threshold of Europe.
Commissioned by Alzakout, Forensic Architecture reconstructed the boat’s journey, the shipwreck, and the rescue operation that followed. Cross referencing the footage with other sources, including a long-range thermal video taken by artist Richard Mosse, videos by activists, professional press, and the Greek coastguard, as well as satellite images and weather data, helped answer the question “what happened,” who might be responsible, and revealed some of the complex politics of migration today.