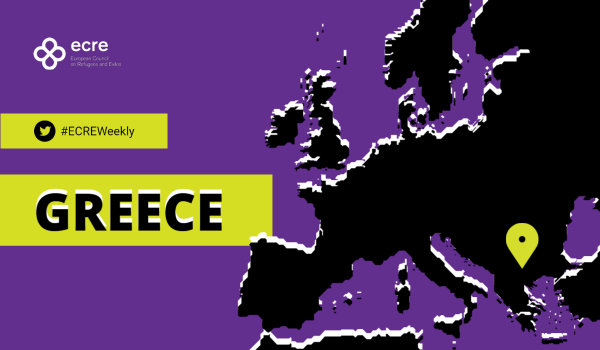 As reports and evidence of pushbacks by sea and land continue to mount, a delegation of MEPs is demanding action from the European Commission following a visit to Greece. While arrivals have significantly decreased since the peak in 2015-16, the proportion of people losing their lives attempting to reach Greece has increased.

Reports from refugees and volunteers compiled by Aegean Boat Report reveal that 1,624 boats carrying 43,476 people were pushed back from Greek islands into Turkish waters between 1 January 2017 and 27 September 2022. Meanwhile, Greek policies of systematic pushbacks by land and sea and ignoring of alerts of distress continue. On 20 September Alarm Phone reported several incidents including three people in distress in the Evros region – one sick and vomiting blood and 53 people including five children in distress in the Greek SAR zone off Crete with authorities unresponsive. A video published by Aegean Boat Report reveals the pushback of 35 people near Rhodes by members of the Hellenic Coast Guard on 18 September.

Reportedly, a delegation of MEPs from the Greens/European Free Alliance experienced first-hand the difficulty of accessing the militarized Evros region separating Greece and Türkiye. The delegation was according to the media faced with “silences, heavy atmosphere and obstacles to access certain areas or people”. Ahead of a meeting with Greek Minister for Migration, Notis Mitarachi, German MEP Erik Marquardt stated that the Greek government: “is trying to build a different reality” and raise a “wall of lies”. According to Dutch MEP, Tineke Strik numerous reports from credible sources,” confirms that pushbacks are “happening on a systematic scale”. Further, the delegation pointed out that the European Border and Coast Guard Agency (Frontex) – often criticized over complicity in Greek violations – stays out of areas where pushbacks are believed to take place. “They operate under the command of the Greek authorities. And the Greek authorities decide where (Frontex is) to be operational,” Strik said noting the agency’s failure to provide oversight: “But if there are allegations that are very credible, that in certain areas pushbacks are taking place, why don’t you demand to go and have a look?”. The delegation has launched an EU-wide petition to “freeze funds to countries that are performing pushbacks and make the new migration funds conditional (on) human rights compliance,” and urges infringement procedures from the European Commission against Greece and Croatia. Meanwhile, the Greek Migration Ministry announced it would use EU-funded drones with “Artificial Intelligence” to track people seeking refuge at the border.

In response to claims by Notis Mitarachi that “guarding the border” has led to a drop in loss of human life, Koraki compares proportionality between deaths and arrivals in 2015 and 2016 and 2020 and 2021 (under the present government). Koraki finds that while arrivals have significantly decreased partly as the result of the “government’s illegal and immoral acts” the proportion of mortalities has in fact gone up from one in every 835 people to one in every 66.5 person attempting to reach Greece via the Aegean Sea. Another deadly tragedy on the Aegean occurred on 22 September when a group of 49 survivors reported six people including three children missing from their crossing from the Turkish coast. The Evros border remains deadly as well and on 20 September MEP, Erik Marquardt reported of 20 dead bodies found in two containers in the border region. According to Marquardt, a total of 51 corpses have been recovered in the Evros region in 2022. The Greek government has repeatedly accused Türkiye of instrumentalising migrants and the heated exchange between the neighboring countries continues. At the UN General Assembly, Turkish President Recep Tayyip Erdogan stated that “Greece is turning the Aegean into a cemetery for migrants,” through its “illegal pushbacks”.