2 migrants shot and injured outside Moria camp on Lesbos

2 migrants shot and injured outside Moria camp on Lesbos 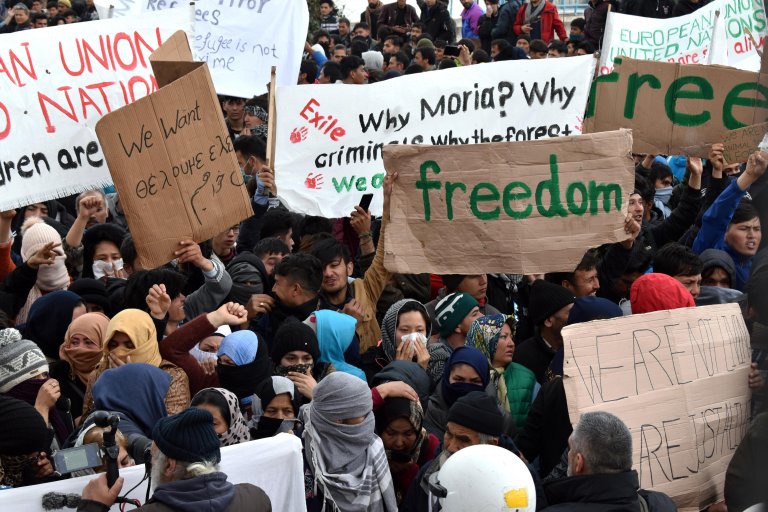 Greek police said that gunshots were fired on Wednesday, April 22, into Greece’s largest migrant camp, Moria, on the Aegean island of Lesbos. According to reports in Greek newspaper Ekathimerini, the possible assailant or assailants "evaded capture."

The shots took place as police had been called to quell demonstrations taking place in and around the camp. Hundreds of mainly male migrant protesters were angry that the Greek authorities were choosing to transfer only a few thousand of the most vulnerable people out of the camps to the mainland. The transfer was agreed upon in a bid to get the migrants out of infection's way should the coronavirus spread through the overcrowded camps.