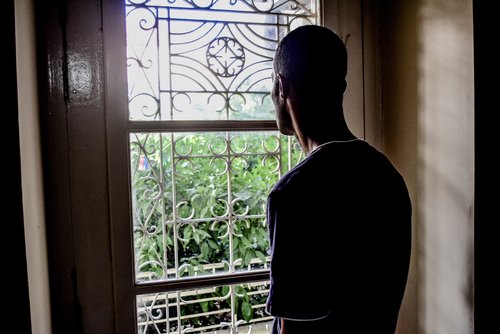 Greek government policies, taken to implement the March 2016 EU-Turkey agreement, have left thousands of men, women, and children trapped on Greece’s small islands in appalling circumstances. These policies seek to end the arrivals of asylum-seekers and migrants to Greece by sea, but  have left thousands suffering in harsh living conditions, deprived of services and medical care, and often experiencing deteriorating mental health. A number of asylum-seekers refer to their lives confined on the Greek islands as living in a "prison."

This report examines the impact of the EU-Turkey agreement and the practices of Greek authorities in their handling of thousands of asylum-seekers and migrants.  The report is based on findings from an RI mission to the islands of Lesvos, Chios, and Samos in July 2017.

Though the EU-Turkey statement does not explicitly require it, Greece has put in place a containment policy on its Aegean islands with the aim of sending people back to Turkey: as a general matter, asylum-seekers and migrants arriving on these islands are not allowed to leave for the mainland. While the law allows for some people, including those identified as vulnerable to be allowed to leave for the mainland, flaws in the system meant to identify such people results in many people falling through the cracks.

“I have been here for one year. I am psychologically destroyed. - Syrian asylum-seeker

“I never thought that one day I would cut myself, but now my whole body is full of scars. - An Iraqi asylum-seeker

-        End to the containment policy on the Greek islands in light of the unacceptable conditions faced by asylum-seekers;

-        And refrain from returning asylum-seekers to Turkey until Turkey can ensure that they will be accorded standards of treatment commensurate with the 1951 Convention related to the Status of Refugees, and its 1967 Protocol.