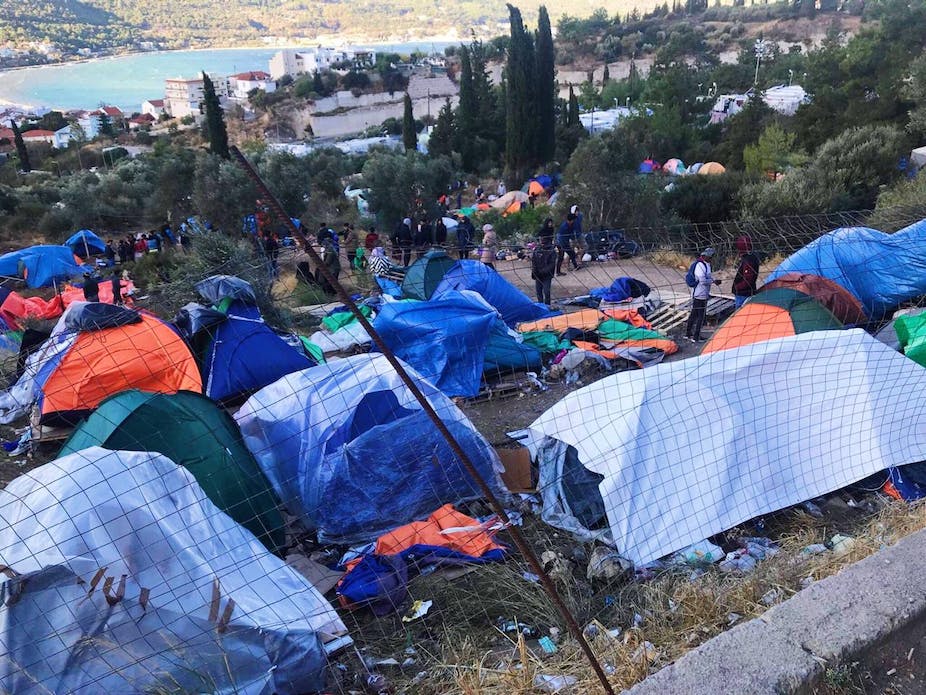 As winter took its toll in January on the Aegean island of Samos, the refugee population stuck there have held peaceful protests against their conditions. But tensions are rising.

The weather on Samos, a Greek island off the Turkish coast, is chaotic and ever changing. When we were there in July 2018, we experienced temperatures in the high 30s with limited protection from the sun and the heat. Now, the winter weather alternates from freezing cold, to torrential rain, to thunderstorms – all in the same day. The weather is not a problem that can be solved for the refugees living here, but the international response to it can, and should be improved.

We have returned to the island as part of our ongoing research into the nature of support provided to the refugee population – which has fluctuated over the past six months with estimates ranging between 4,000 and 5,000 people, depending on who you speak to. The island’s refugee camp is located on the boundaries of the town of Vathy, which has an estimated population of 5,575 people. Read more>>>