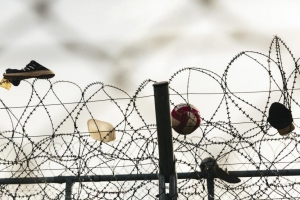 This week, UNHCR, the UN Refugee Agency, the Office of the United Nations High Commissioner for Human Rights (OHCHR) and the European Network of National Human Rights Institutions (ENNHRI) have shared with the Government of Greece a set of “Ten Points” to guide the creation of an Independent National Border Monitoring Mechanism in Greece.

Such mechanisms, provided that they are independent, can support States to review, adjust and correct processes and measures in place at borders when receiving new arrivals. We welcome the Greek Government’s declared intention to establish such a mechanism as a positive initiative.

This builds upon the European Commissions’ proposal in the Pact on Migration and Asylum, as well as UNHCR’S 2021 recommendations to the Council of the European Union (EU) relating to the establishment of such mechanisms in EU Member States.

Greece, like any State, has a legitimate right to control its borders. However, border management must fully respect fundamental rights, including access to asylum for people in need of international protection. The right to asylum is a fundamental right and the 1951 Refugee Convention, EU law and the European Convention on Human Rights require states to protect the right of people to seek asylum, even if they enter irregularly.

We look forward to supporting the Greek Government in the discussion regarding the parameters and the safeguards for the establishment of a truly independent border monitoring mechanism, an important guarantee for the observance of fundamental rights under international, regional and national law, to which all persons are entitled.